"Service is more than the badge we wear on our shirts." 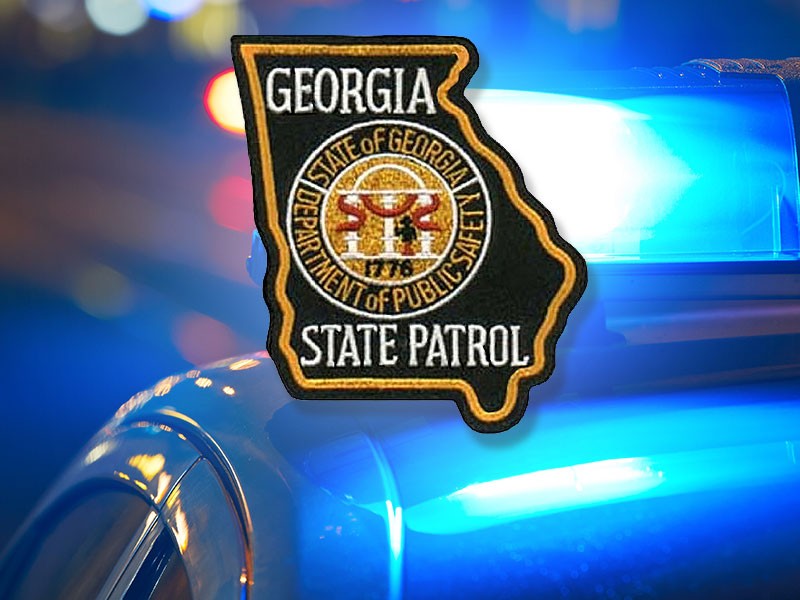 As the Hands-Free Georgia Act goes into effect in a week, July 1, there have been several discussions regarding this new law. Below is an article written by David Wickert, reporter for the Atlanta Journal and Constitution. Mr. Wickert recently went on a ride-along with a Georgia State Trooper to see first-hand the distracted driving behavior of motorists.

The article can be viewed on The Atlanta Journal and Constitution website.

If you want a hair-raising glimpse of the crazy things we do while driving, talk to a cop.

They’ve seen us reading books and newspapers while speeding down the highway. They’ve seen us putting on make-up or eating off plates in our laps behind the wheel.

Mostly, they’ve see us with our hands and eyes glued to our phones – talking, texting, messaging and all the other ways we romance the electronic devices that have become our most intimate drive-time companions.

It’s a love affair with deadly consequences – a rising toll of death and mayhem on Georgia roads. And it’s one police hope to discourage when the state’s new distracted driving law takes effect July 1.

On that day, you will no longer be able to hold your phone in your hand while driving in Georgia, except in a few limited circumstances. The Hands-Free Georgia Act also will prohibit recording video while driving and other dangerous behaviors (More details on myajc.com).

Police departments across the region will take different approaches to enforcing the new law. Some departments will cut motorists slack for weeks or months, writing warning tickets and handing out educational pamphlets in most circumstances. Others will offer no “grace period,”encouraging officers write tickets immediately.

But all of them will be watching.

The law’s critics say it’s an example of the “Nanny State” trampling on our freedom and a ploy to gin up more traffic ticket revenue.

“Georgia’s distracted driver law is nothing more than a government cash-grab,” said J.R. Hoskins of Decatur. He called it “an appalling overreach” and a “humiliating erosion” of our rights.

Police and other supporters say the law is about saving lives, not raising revenue.

Time and again, police they say they’ve seen how hard it is for us to keep our eyes on the road and off our phones. Sometimes, they say, we need a reminder – in the form of a $50 ticket – that our primary job behind the wheel is driving.

“Common sense is not common,” Stallings said. “If it were common, we wouldn’t have all these problems.”

Amusing ourselves to death

On Thursday morning, Stallings set out from his office in a marked state patrol pickup truck. He’d barely pulled onto I-20 eastbound – where traffic was stop-and-go – when he spotted a young woman in a white sedan scrolling on her phone. He gave his horn a blast, but the woman was oblivious.

“If I was out here writing tickets today, this would be a gimme,” Stallings told an Atlanta Journal-Constitution reporter along for the ride.

He gave the horn another blast. The woman looked up, saw the GSP truck beside her and put her phone away with an apologetic wave.

A few minutes later, Stallings spotted another woman in a red Honda, texting away with both thumbs. In less than an hour of cruising I-20 and the Downtown Connector, he witnessed seven or eight people violating the state’s current ban on texting while driving.

Another dozen or so were holding their phones, which will become illegal July 1. Some were clearly talking on the phone, which is currently legal. It was hard to tell what the others were doing.

That’s typical of what officers say they see on metro Atlanta highways.

“I saw somebody driving with their elbows [on the steering wheel] so they could text with two hands,” said Officer Sarah O’Hara of the Cobb County Police Department. “The other day I saw someone with their phone Velcroed to their steering wheel.”

Driving with a phone in hand is a dangerous habit. According to the Georgia Department of Transportation, traffic fatalities across the state rose by a third from 2014-16 before leveling off at 1,549 last year. Traffic accidents rose by a similar amount.

It’s a nationwide problem. Traffic deaths in the United States topped 40,000 for the second consecutive year in 2017, according to National Safety Council estimates. They’re up 6 percent over the last two years.

Experts say driver distraction is a major contributing factor. Plenty of things draw our eyes and mind off the road – the burger in our hand, the kids in the back seat, the radio dial in front of us. But our phones have become one of the most pervasive distractions.

Today’s “smart” phones are more interactive than their predecessors. We used to call and text with them. Now we use them to e-mail, message, chat, watch movies and play games. We can even use them to shop, work, plan our social lives and control devices in our homes.

And we’re doing it all while driving two-ton chunks of metal at freeway speeds in heavy traffic.

At the urging of safety advocates, Georgia lawmakers tried to address distracted driving in 2010. They banned texting while driving and prohibited anyone under 18 with a learner’s permit from using any electronic device while driving.

But police say the law is hard to enforce. They often can’t tell whether a driver is dialing a phone number – which is permitted under the law – or texting. So this year, lawmakers passed the Hands-Free Georgia Act.

Under the law, you’ll still be able to make calls, dictate texts and otherwise use your phone if you use hands-free technology. But if police see the phone in your hand, you may get a citation.

A first offense will cost you $50 and one point on your driver’s license – drivers with 15 points in a 24-month period lose their license. A second offense costs $100 and two points, and a third costs $150 and three points.

Carol Cotton, director of the University of Georgia’s Traffic Safety Research and Evaluation Group, said education, traffic engineering and emergency medical services all play a role in traffic safety. But enforcement is key to getting people to change their behavior.

“There’s a theory we use – deterrence theory,” she said. “The penalty has to be swift, sure and severe.”

Lawrenceville Police Chief Tim Wallis was an officer in the late ’90s when the state began cracking down on seat belt law violators. He wrote dozens of tickets a day.

“I wrote, like, 77 in one day,” Wallis recalled. “That’s still the record at the Lawrenceville Police Department.”

Eventually, the tickets petered out because people got the state’s message on seat belts: “Click it or ticket.”

Wallis doesn’t plan anything that dramatic for the new distracted driving law. He’ll leave it to officers’ discretion as to whether they write tickets or issue warnings. But there will be no “grace period.”

“We will be enforcing the law,” Wallis said.

Maj. Elder Dancy said the Atlanta Police Department also will leave enforcement to the discretion of its officers.

“If they see the violation, if they feel that person deserves a citation, we encourage them to do so,” he said.

Other departments are taking a different approach. The Georgia State Patrol will emphasize education and warnings through Oct. 1. Cobb County also will emphasize warnings for 30 days. Gwinnett plans to hand out educational brochures for 90 days.

“Our primary concern is their safety and the safety of all motorists in Gwinnett County,” said Gwinnett Cpl. Wilbert Rundles.

That doesn’t mean officers at those departments won’t write citations. They’ll be watching for dangerous or erratic behavior.

“We’re not out there just picking on the person who touches their phone,” said the state patrol’s Stallings. “Most of the time, what draws my attention to someone on the phone is they failed to maintain their lane, they almost struck a car or they’re going far below the posted speed limit.”

Some Georgians welcome the new law and hope police will crack down on bad behavior.

“I’m for it,” said Danny Hong of Marietta. “However, as good-intentioned as the law is, it’s meaningless if the police aren’t vigilant and enforce it consistently to make people understand.”

Others aren’t so sure it’s needed.

State Rep. John Carson, R-Marietta, who sponsored the new law, has heard the arguments against it. He said it’s not a government grab for money and power.

“You cannot dispute the increase in traffic fatalities and accidents,” Carson said. “I’m all about freedom and liberty. But one person’s liberty ends when it risks my public safety.”

“In the end, this isn’t a money-making scheme. This isn’t Big Brother overreach,” said O’Hara, the Cobb police officer. “We’re trying to save lives.”

Even if it means saving us from ourselves.

“We’re trying to move the focus away from the phone,” O’Hara said, “and back on the road, where it belongs.”